It is about this time of year when we begin to sense that spring is coming. We’ve forgotten July’s heat. Black oaks are still hanging on to a few remaining leaves. Most trees are stark and bare, and there’s little movement on the ground, save the plastic shopping bags that no one has had the heart to pluck from the brittle limbs. Ah, what a lovely time for Valentine’s Day.

I began to wonder whether the timing of the holiday was devised specifically for this heartless, cold, bare time of year or was simply the work of the Hallmark Company.

Basecamp Productions attracted 3300 or so views in 2012. Thank you for being a part of our blogging success! Our stats

There are some beautiful icon sets in today’s web harvest: social media icon sets to dress up your web site and/or blog. END_OF_DOCUMENT_TOKEN_TO_BE_REPLACED

Some things about fireflies

Behold the Photinus Pyralis, also known as a lightning bug

Maybe I like the name “lightning bugs” more. Not sure. But in my never-ending quest to learn about things I’ve long forgotten, here are some things about fireflies.

They’re beetles, actually. And they use bioluminescence to attract mates and prey. Their light is considered a “cold” light, according to Wikipedia, with no infrared or ultraviolet frequencies. A firefly’s light can be yellow, green, or pale red.

And this I swear I never knew (like a lot of things these days) — firefly larvae are often called “glowworms.” Like the song. When fireflies are infants, though, the glowing warns away predators, apparently, as many firefly larvae contain chemicals that don’t taste so good or are actually toxic.

It was once thought that fireflies were warning off predators even as adults, but this is no longer the case. Most scientists believe that they’re selecting and attracting mates. Their abdominal light actually communicates something to their mates.

This is way too high-level description, of course, because we know that in some species only males light up. The females stay home, I’m not sure why. They can’t fly. Some species don’t light up at all, but do use pheromones. In these cases, scientists say that lightning bugs don’t even have to see where they’re going! Males can find females blindfolded. I don’t know how scientists figured this out, exactly, but I believe them.

Regardless of all that, the first lightning bugs of the year signal the real first day of summer for me.

I saw my first firefly of the year Monday night, May 31st. And in Virginia, where I am sometimes, they’re sporadic and surprising. I had a home in Ohio for a while, and at night, on the big great hill where my house was, I could look down on thousands of fireflies. I don’t count so well anymore, either, so maybe it’s even millions.

Nonetheless, lightning bugs communicate with me. I was so excited about seeing my first ones the other night that I went to sleep and dreamt that I was catching them in a jar and lighting up my bedroom. 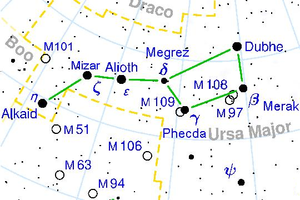