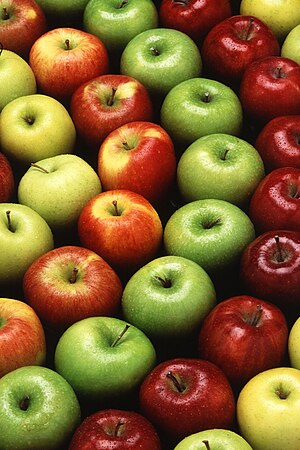 The smart way to build a house would be to come up with a plan — the number of floors, rooms, bathrooms, and so forth — and then let several builders give you their estimates. You’d probably hire an architect to help you.

Apples and apples approach to bidding

This “apples and apples” approach makes perfect sense when you look at it objectively. Still, people who want a video often ask several production houses for estimates without even a rough idea of what their video should look like or be about.

So it may come as no surprise that you can find the right creative and budgetary fit with a little footwork, footwork that may land you a coveted solid relationship with the right writer and producer.

First, find a scriptwriter and get a treatment (a kind of rough script) that reflects the content and approach to your video. (More on finding that scriptwriter in a moment, and what a treatment is, exactly.) The treatment is like a rough blueprint, and is enough for production houses to bid on.

Take that scriptwriter’s treatment to as many production houses as you like and get estimates. Then, your vendors are bidding on apples and apples.

Now comes the fun part. Just because everyone bids on the same treatment does not mean that final apple prices will be identical. Each production house may, and probably will, have a different approach to producing your video.

Good producers save you money

Good production houses will try hard to save you money and deliver an excellent product. Their reputations ride on both abilities. Could photographs in one place work better than video of the same subject matter, for instance? Do you need so many interviews? Can you do without one or two locations? Perhaps your video would stand out if you had an on-camera host. And so forth.

A good producer knows how long it takes to get the sound bites you want, drive from here to there, and whether you need lunch delivered and for how many.

So, the value of having your treatment evaluated by a variety of producers will be educational to your project as well as potentially cost-saving.

You may find that one production house bids more than another, but will bring a certain extra je ne sais quois to the project. Another may simply return a price with no explanation.

Without interviewing several production companies in this way, you’re stuck with the scriptwriter that your production house uses most often. Or the one who’s available. Maybe that’s good, maybe not.

Try out your scriptwriter … with pay

So, back to the process of finding your scriptwriter. Every major city has them. I’ll write more in another blog about the process of interviewing and selecting a scriptwriter for your project, but for now, here are some suggestions.

To locate scriptwriters, search on the web for:

Once you’ve found some names, review qualifications. Does your candidate have experience in the following:

I’ve found the most well-rounded corporate writers have written for TV, cable, large companies, nonprofits, the government, and small companies. They might also have experience writing for print (newspapers, brochures, and so forth).

The very best scriptwriters also produce, so they automatically bring to your project an economic as well as creative mind. On the flip side, just because a scriptwriter has written Emmy Award-winning drama does not mean that he or she can write good corporate video. I do like hiring scriptwriters who have written for TV because, although all video presentations are about economy of language, writers who have worked for television understand how to get thoughts across in a variety of time frames, from 15 seconds to 15 episodes.

Ask for and read their samples. Which scripts make sense? Most likely one or two writers will stand out. Invite them in, and select one you get along with.

Your scriptwriter will write your treatment and perhaps your script (contract for only the treatment). There is no one right way to write a treatment (at least as far as corporate treatments go). The purpose of a treatment is to, within a few pages, describe in prose form the kinds of information you’ll see and hear in the final video presentation. A treatment should leave no doubt as to the number of visuals, actors, interviews, and other visuals, as well as the approach to delivering content. These are important factors in estimating a video production.

by susan time to read: 4 min
Marketing Track your own SEO and social media success
Video and film TFTD: Should my CEO narrate or open the video?
1